Back to Physics Page...

Research
Redbull: Redbull was created in 1987 by the Austrian entrepreneur Dietrich Mateschitz.
Many studies have shown that show that Redbull’s caffeine can affect your heart greatly. Using tests to measure blood pressure and the state of blood vessels around the body, Australian researchers said that after drinking one can, participants had shown a cardiovascular profile similar to that of someone with heart disease. An estimated 330 million liters of energy drinks were consumed in Britain last year, a market worth about 2 billion dollars.

Rockstar: Rockstar is an energy drink created in 2001. With 14% of the US market in 2008, Rockstar is a leading energy drink brand. Rockstar is based in Las Vegas. Although it is not as bad for you as Redbull, it sill has its side affects. It contains caffeine and it can lead to stomach problems, panic attacks, anxiety, and cardiac arrhythmias.

Coffee: Coffee can be good or bad. It all depends on the dosage you take of coffee. It can cause Hypertension and Coronary Artery disease, but it can sometimes prevent Type 2 Diabetes, Parkinson’s, Colorectal Cancer, and, Liver disease. So coffee is neither good nor bad for you, but, like anything, you should take it in moderation.

Hypothesis
If different caffeinated drinks are given to test subjects, their heart rate should increase proportionately to the amount of caffeine present because caffeine is known to cause tachycardia.

Paper and Pencil to Document Results

Procedures
Gathered materials and cleared a workspace.  Subjects had not eaten any solid food for four hours prior to the experiment.  Subjects tested their body mass index, which was 19.4 and 20 respectively.

Tested resting heart rates while lying on the floor after waiting 5 minutes.

Subjects laid down again, and rechecked resting heart rates at 5-minute intervals  (with results recorded) for duration of 1 hour.

The experiment was repeated with Rockstar and coffee (steps 1-4) on the next 2 consecutive days.  This was repeated at the same time each day.

Data
Data is currently on powerpoint

It is very puzzling to explain why the caffeine in the coffee did not raise the heart rate significantly.  In energy drinks, the caffeine is in a very purified form, whereas in coffee, the caffeine is part of the coffee bean.  Could that be the reason?  In addition, there are multiple chemical ingredients in the energy drinks that are not found in coffee.  They may also affect heart rate.  The way to sort this out is to first to repeat the experiment and see if it is reproducible.   Some errors could be that we got different sizes of soda, so we had to measure out all of the drinks to have the same amount. We drank the coffee black, which had no sugar and might have affected our heart rate. Another variable that wasn’t controlled was what we ate 4 hours prior to the test. We also did watch a movie while we laid on the floor and recorded so that could have stimulated our heart rate and been a factor in our experiment. The next step would be to study the effects of purified caffeine. 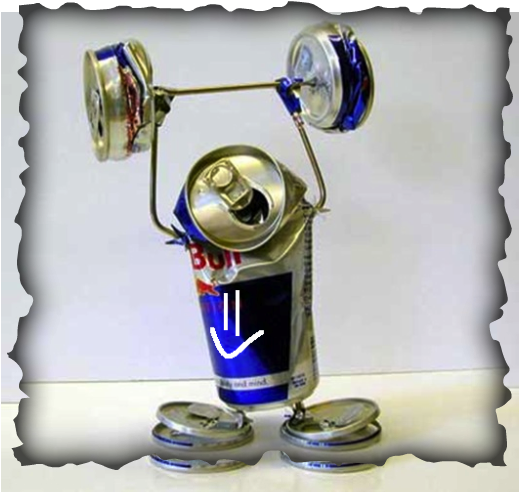